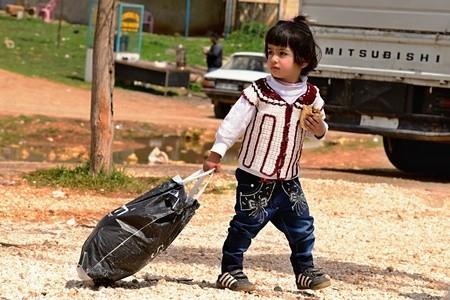 The Abbott government today declared a pledge to expand the current outcast admission of 13,750 individuals to 18,750 by 2018.

The Government has affirmed the 12,000 spots it declared today will go ahead top of that past duty.

“We will move rapidly, however everybody who is resettled in Australia will be liable to the typical security, wellbeing and character checks,” said Prime Minister Tony Abbott.

“Our center for these new 12,000 perpetual resettlement spots will be those individuals most needing changeless security — ladies, kids and families from abused minorities who have looked for asylum in Jordan, Lebanon and Turkey… the most helpless of all.”

What is not clear is the means by which the spots will be designated given the recommendations by some in the Government that the center of its admission should be minorities that are to a great extent Christian. Government backbencher Cory Bernardi prior supported that approach saying that “The most helpless individuals in the Middle East are mistreated Christians, ladies, kids and families.”

More than 200,000 individuals have been executed and an expected 4 million have been constrained from their homes in the midst of battling between Syrian President Assad’s powers, Islamic State and other Islamist aggressors, and other renegade gatherings.

Bureau priest Christopher Pyne showed today that the Government was not centered around singling out one religious gathering in its stipend of compassionate visas.

“Religion is not the issue here, the issue is mistreated ethnic and religious minorities,” he said.